How to Stop Money Fights in Your Relationship 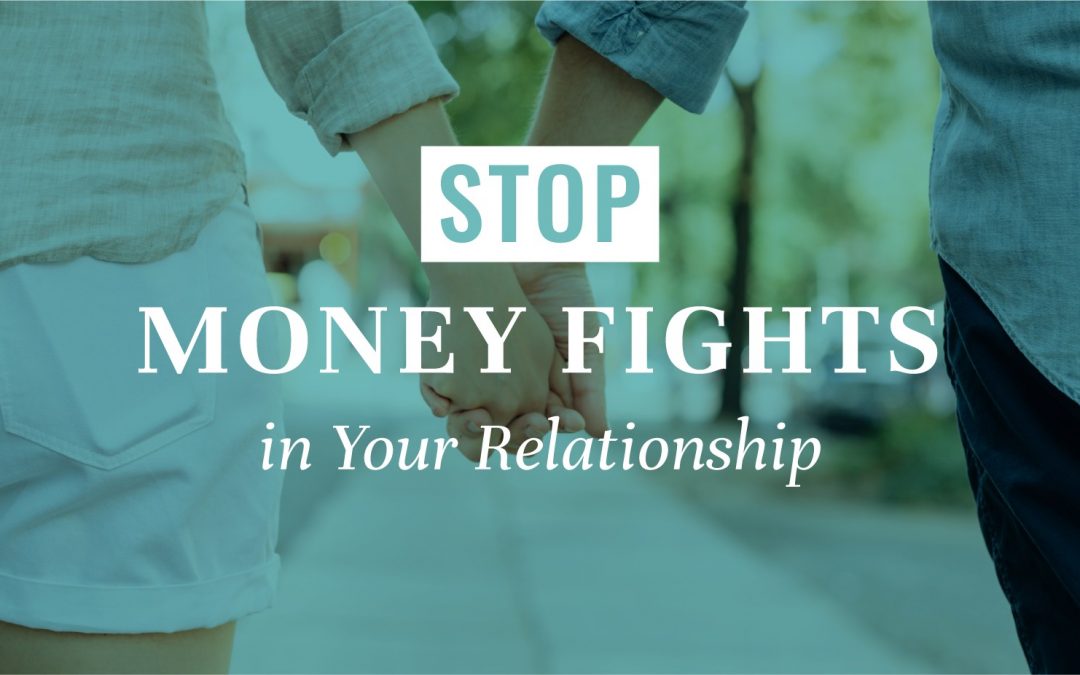 Marriage is tough, and all couples struggle with unique issues in their relationship. However, money is one of the most common reasons for divorce in the United States. Money itself doesn’t cause divorces, but issues around money can. Being financially stressed, differences in saving and spending, and income differences can lead to fights, and ultimately, to divorce.

Of course, money fights can cause problems in people’s lives in general, but they can hit a marriage particularly hard. The good news is, there are some ways you can prevent money fights from taking over your marriage.

Why is money such a hot button issue in the first place?

Money is such a personal thing. For many people, money means security; if you don’t have money, you don’t have a home where you feel safe and secure. You don’t have food to eat or a way to feed your children. Conversations about money can be riddled with emotions because money ties to our basic need for security.

There are also a lot of outside factors that can make money conversations even more difficult, or even possible. If you can’t seem to avoid money fights with your partner, look into addressing those outside issues first.

Look at communication first, not the numbers

If you’ve ever been to premarital counseling, you might have been told to look at the numbers first. But that’s really not the best place to start. To have healthy money conversations, you need to know the best way to communicate about money. That comes from understanding your partner’s communication preferences.

Much of those preferences are rooted in our childhood experiences with money. Many of us are taught that it’s rude to talk about finances or money in general…and that habit carries over into our adult lives. But you can’t have productive money conversations if you’re afraid to talk about money, right? Money fights can stem from this fear.

From our experience, we see a lot of couples trip up in money conversations simply because they’ve never talked about their experiences and communication preferences with their partner.

One way to start communication off on the right foot? Here’s a tip you can find in the Everyday Money Workbook. Think about a time you communicated really well around money. What did that look like for you? Did you go on a walk or to a coffee shop while talking? Did you choose a certain day or time for your conversations? Figure out how to create an environment that will make your money conversations easier.

The topic of money values gets a lot of attention here at Everyday Money, but only because it’s so important! Our values drive how we live our life and how we spend our money. They’re essential to who we are and what makes us happy. In a marriage, you have to know your own values as well as your partner’s values.

Once you know your partner’s values—which, if you’ve never talked about before, our free Values Exercise resource can help—you can understand how they influence their money habits. However, the key is to understand and accept those values. Don’t shame each other into thinking their values are wrong, or that there’s a better way. That’s not constructive, and it’s not sustainable for your marriage in the long-term.

To get on the same page with your partner, get away from the “shoulds.” Like, “we should be saving this much or we shouldn’t be spending money on this.” Instead, focus on something more positive. What are your core values? What are your dreams for your lives together? Reframing that narrative is hugely powerful.

A side note on financial security

It’s been a year since the coronavirus pandemic changed everything. If you’ve struggled over the past year, know that you’re not alone, and that it can be really difficult focusing on your money values rather than financial security right now.

It may help to talk about the idea of security with your partner. What does “security” look like for you? How much money will make you feel financially secure? The conversation will be tough, but figuring out your idea of security can help you set a financial goal that you and your partner can work toward.

Keep up the money conversations

None of us can completely rid our marriages of money fights. That’s unrealistic and puts a ton of pressure on ourselves. What you can work toward with your partner, however, is being on the same page. Understanding each other’s preferences, values, goals, and habits.

Remembering that people change and evolve helps, too. As your marriage progresses, your financial goals are going to shift. That’s normal! As your lifestyle changes, so will your goals. Having frequent and honest money conversations, rather than money fights, will help you navigate those changes and create a happier life together.

← Do Your Money Goals Reflect What You Want? Couples Finance Resource Round-Up →